DR Congo: forest communities are being threatened
Support us in defending them against logging companies

Human rights and exploitation of natural resources: A missed opportunity

On 14 December 2015, Mbandaka Military Court sentenced Chief Commissioner Jean-Jacques Koyo, one other police officer and three servicemen on charges of crimes against humanity for the atrocities committed in 2011 against the people of Bosanga, in the village of Yalisika (Equateur province). Avocats Sans Frontières (ASF) regrets that the Congolese judiciary did not take this opportunity to reassert its commitment to protecting populations affected by serious violations in connection with the exploitation of natural resources.

International Justice Day: the future lies in the past

Brussels – The Day of International Criminal Justice is known as the date of the establishment in 1998 of a permanent International Criminal Court to prosecute and try those responsible for genocide, crimes against humanity and war crimes. But this day is first and foremost dedicated to those who chose not to ignore the past. Many across the world have decided to stand up and allow for the truth to be told openly and widely. 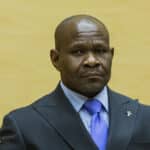 ASF regrets the decision by the ICC today to reject the Prosecutor’s appeal in the Bogoro case. This ruling puts an end to proceedings against former warlord Ngudjolo Chui for crimes committed in the Congolese village. Besides the legal debate, this ruling leaves victims without any answers as to who was responsible for the crimes they suffered. 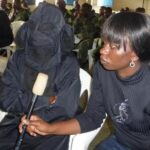 ASF believe that the ruling passed by the North Kivu Operational Military Court can only be a first step towards the search for the real culprits of the atrocities committed in the town of Minova in 2012. More than a thousand victims of rape and looting wait for compensation, as well as the truth about who was responsible.

Victims of the “Terminator” await crucial stage in proceedings

As the International Criminal Court begins its evaluation of the charges against Congolese warlord Bosco Ntaganda today, ASF reiterates that the safety of the 922 victims taking part in the procedure is paramount.

ASF represents victims at The Hague

On 22 November, as part of the Assembly of States Parties, Avocats Sans Frontières led a side event to promote victim participation in International Criminal Court proceedings. This was a first, as never before has such an event been entirely dedicated to hearing the voices of victims.

Tunisia: 50 days after article 80: A break in continuity